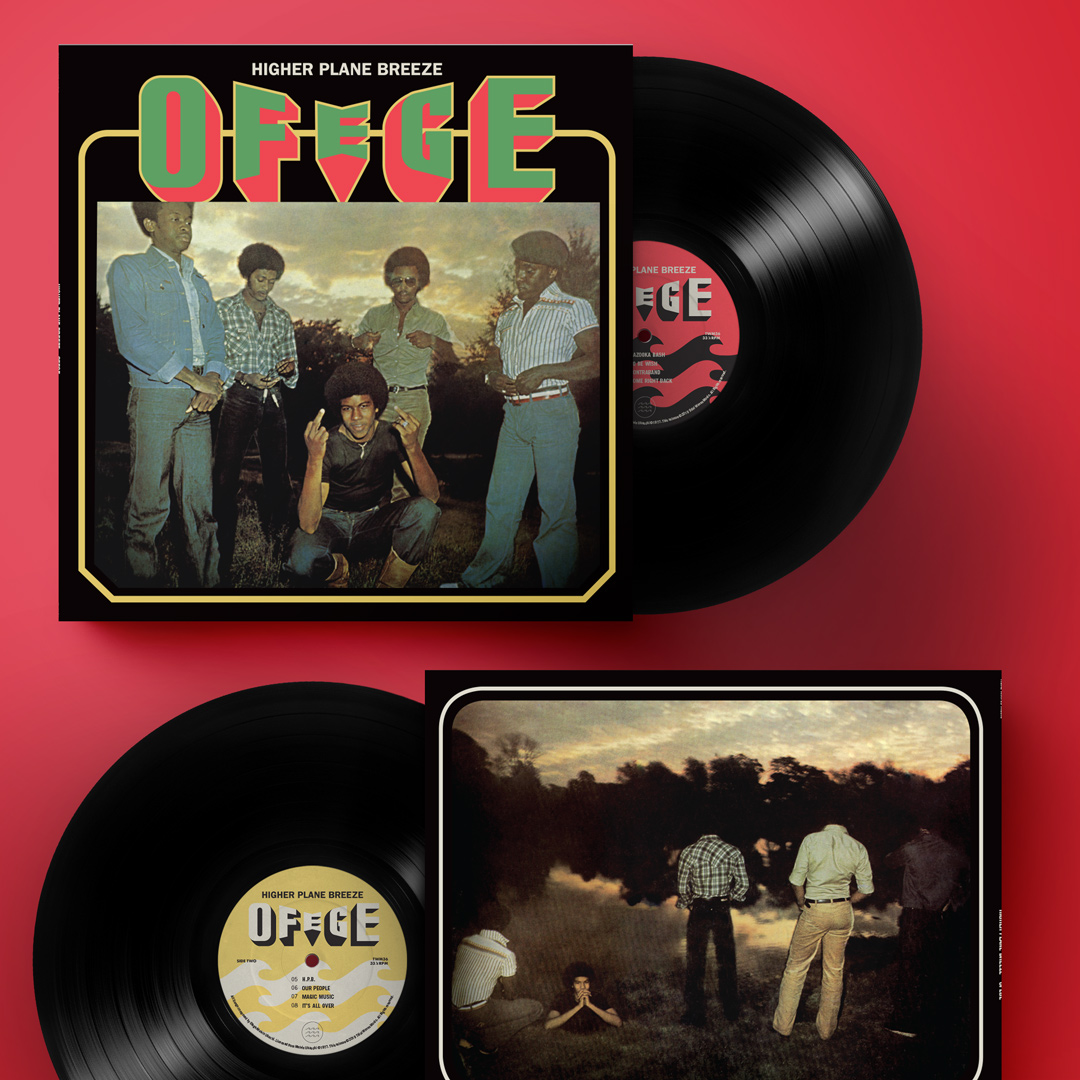 Ofege was formed in the early 1970s by a bunch of teenagers at the St. Gregory’s College in Lagos Nigeria. They were largely influenced by the guitar solos of Carlos Santana, Jeff Beck & Jimmy Page while closer to home, they were influenced by the music of ‘BLO’ (Berkley Jones, Laolu Akins and Mike Odumosu), ‘Monomono’ (led by Joni Haastrup), The Funkees, and Ofo The Black Company.

Due to their vibrant combo of sweet harmonies, hooks & fuzz, Ofege would become one of the most legendary Nigerian groups of all time, with expressive sales and national stardom. At the turn of the century (and because of tracks appearing on various psychedelic music compilations) Ofege would receive international acknowledgment for being the first of their kind and the ultimate West-African psychedelic funk band!

Their first album (Try and Love – 1973) was recorded while the band members were still in high school (average age of 16). It took some years before other albums saw the light since some band members still had to finish school. Further astonishing recordings include ‘The Last of The Origins’ (1976), ‘Higher Plane Breeze’ (1977) and ‘How Do You Feel’ (1978).

‘Higher Plane Breeze’ (released in 1977 on Polydor Nigeria) is Ofege’s third album and it’s a STRONG one, combining funk and disco influences with Afrobeat and heavy rock guitars. The album provides one of the Nigerian scene’s most iconic images with its cover shot showing one member squatting amongst his bandmates, middle fingers raised high and proud toward the camera.